How to legally deal with burglars 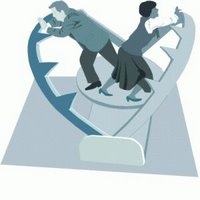 Spotted this in Celia Walden's Spy column in todays Telegraph. Apparently David Davies, the MP for Monmouth was recently burgled and suggested that homeowners be allowed to have tasers in their home (perfectly reasonable in my mind, it's non-lethal).

As you'd expect, the idea was rejected by the Government. I'm going to assume it was rejected simply because Davies is a Tory as I imagine such a policy would make great headlines for the Home Secretary (it will probably re-appear next year and the Glaswegian bulldog will claim it as his own). Anyways, Davies found out that is still law in place after 145 years which allows for ingenius and radical ways of dealing with burglars.

"The House of Commons Library has informed me that Section 31 of the 1861 Offences Against the Person Act is still in force.... It allows for people to 'set or place, from sunset to sunrise, any spring gun, man trap, or other engine which shall be set or placed, in a dwelling-house, for the protection thereof'."
Posted by dizzy at 6/28/2006 08:19:00 am

My home was recently burgled by four men armed with guns, knuckle dusters and knives demanding cash with a getaway driver sitting outside. My father fought the robbers out of the house with his fists and proceded to beat the assailants over the head with their guns after the held my 12 year old sister at knife point and threatened to kill her. He now faces charges of assault as a result of what is fast becoming a farcical set of laws hindering our once great nation.