The Abolition of Muzak Act 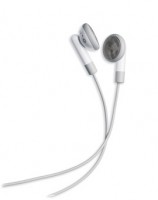 Tomorrow, in the House of Lords, a bill introduced by the Green Party member, Lord Beaumont of Whitley is being read called the "Piped Music and Showing of Television Programmes Bill".

Now, I'm only 30 but I must admit the grumpy old man in me came racing to surface when I read this. There is no doubt that incidental muzak is bloody irritating. Worse are people on buses who choose to listen to music on their mobile phones sans headphones. Those people deserve to be severely punished. Frankly, public flogging is too good for them, especially when I'm trying to read.

Having said this, the waste of public money involved in such a Bill annoys me even more. In fact it annoys me so much that I'm willing to forego public flogging in the interests of good governance in public spending. The weirdest thing is that the bill's already managed to pass it's First Reading back in May.

People who listen to their music without headphones are no doubt annoying. However, instead of introducing pointless laws that won't be enforced, perhaps people should stop being so bloody reserved and act. The next time you're on the bus and someone starts to listen to music without headphones start reading your newspaper out loud. They'll soon get the message.
Posted by dizzy at 6/27/2006 09:11:00 pm

My pet theory is that things really started going to Hell in the proverbial with the introduction of the walkman - whereby the private domain intruded into the public. I can just about put up with overloud MP3 players etc on trains, but what really gets my goat are those (insert expletive of choice) who use their mobiles without consideration for others. As I've been known to put it, mobiles have powerful microphones, so anyone who bellows into one is either an idiot or an inconsiderate oaf. Grr.

On the topic at hand, I was heading north from the sunny uplands of Croydon by train this evening (on the 7.42 if that blighter is reading) and some tool with an MP3 player was insisting on whistling along *very* badly. This character was a bald, paunchy white man of at least 50, wearing a half-way decent suit and attempting the FT crossword, lest anyone think this is a 'disease' purely of the young. A few pointed looks in his direction prompted intermittent semi-positive results. I suspect that good manners and behaviour considerate to others cannot be led by legislation, but rather have to be internalised rather earlier.

Disgusted of Croydon (still - just - the right side of 40, in black jeans & a leather jacket and with the Alabama 3 on his iPod...)