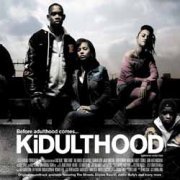 Last night I finally watched Kidulthood. It was written by, and starred, Noel Clarke (Mickey from Dr Who) and is the tale of the darker sides of life in inner-city London. Drugs, sex, parties and guns. Whatever one's views on those things, they are very very real, sadly, to so many young people today.

The film has an extremely realistic feel helped along by a superb soundtrack featuring some of the best UK hip hop and dance. Admittedly it is a little stylised, but then you realise that is the case from the outset. What they've managed to do though is have a stylised look whilst maintaining a raw edge. Admittedly, I'm no movie critic, but this film will be a British cult classic like Scum, if you get a chance, watch it.
Posted by dizzy at 8/27/2006 08:20:00 am

Perhaps it should be compulsive viewing for our politicians at the forthcoming party conferences to give them an idea of what life can be like for some.