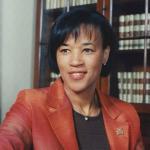 Apparently the Criminal Justice and Offender Management Minister, Baroness Scotland is going to be giving a speech later on today at the Howard League for Penal Reform. She's going to be speaking at a conference on the "abolition of prison for women".

I wonder what she's going to say? Is even speaking at such an event consistent with Blair's recent doublethink about rebalacning the justice system in favour of the victim?
Posted by dizzy at 6/27/2006 10:05:00 am

I err on the side of liberal (usual small 'l' caveat) when it comes to prison, but always supposing Styal and Holloway were shut (or more likely turned into slammers for men), how would female murderers, armed robbers etc be sanctioned? Anyone think community service would have been suitable for Hindley and Rosemary West?

Having checked that site, apparently 'faritrade coffee' is going to be served. (snigger)

If we privatise the BBC, then there will be less need for womens prison places.