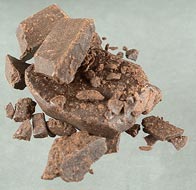 Apparently, since 2001 there have been three seizure of dope in the House of Commons since 2001, two of which were in 2005 and the other in 2006. The pot in all circumsatnces was apparently of a quantity "consistent with personal use"

This means that it was during the time of Charles Clarke's tenure at the Home Office. Some may recall that during that time briefings often floated the idea that what should be considered "personal use" rather than "intent to supply" should be raised. As such, the seizure could be anything from a sixteenth to twenty ounces*.

I wonder who the potheads were? Researchers perhaps, or MPs? If anyone knows do share the information with me!
* A lot of pot. Enough to keep a healthy student flat going for at least six months.
Posted by dizzy at 10/16/2007 08:18:00 am

Nope, was floated back in 2006. Also 20 pills was going to be considered "personal" rather than "intent to supply".

Probably magics itself from thin air, like the stuff they found in John Reid's house

That is a lot. Is that what hash looks like these days or is it a crushed up Crunchie bar?

Surely anyone found in possession of illegal drugs should have been instantly sacked?

Or am I just naive?

That little stash would qualify you for dealer status - half a kilo maybe? Where'd you get it?

OTOH it looks more like toffee fudge than the real mcCoy to me; so maybe you're safe from plod's attentions for now.

Small beer compared to the cocaine that was found in the womens' toilets in the Commons Press Gallery a few years' back.

Just look to see which MP appears to be the sanest, with the least stupid ideas and you'll have your pothead.

Most of those muppets are a pished as newts when they think up their daft schemes, 5-a-day macht Frei, milk and meat rationing to save the planet and other assorted nonsense like prohibitions on lightbulbs that actually work.

If we ban anything, it should clearly be the sale of alcohol in the Houses or Parliament, and perhaps, requiring a vow of abstinence during their term with stringent and frequent tests to see that they keep it might improve the quality of our government somewhat.

That looks more like 'unacceptable food' than something to refine your tobacco with.

Maybe it was seizures of 'unacceptable food' they were confusing?

Bloody hell, don't you lot know anything? That's rocky. That is why it is light and err... rock looking. I imagine that anyone thinking of hash in traditional terms will be thinking of your common garden soapbar (which is softer), or squidgy black which is errr squidgy.