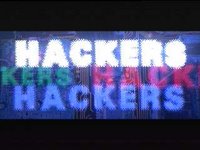 A mild non-political story from me admittedly, but I thought I'd write a few words explaining the difference between how the media portrays something, and the way the world actually is. You see, over there to the right - in the side-panel - you'll see it says I'm a "part-time hacker". This post is intended to explain exactly what that means.

There are actually two communities on the Net that call themselves hackers. The first is the community that you've all heard about. They're the ones that take pride in maliciously breaking into other people's systems. However, there is the other community of hackers who have been around much longer and actually consider it rather an insult to be mistaken for the first community.

A hacker is like the car mechanic. A hacker loves computers, and wants to get under their bonnet's. The hacker wants to make computers do impressive things through tinkering. The hacker isn't interested in breaking into other people's computers and stealing information. The hacker see such acts in the same way they see stealing a car. It's wrong.

The next time you hear the word "hacker" uttered by people like John Snow or Jeremey Paxman, remember that what they're actually talking about are what hackers call "crackers", or, more perjoratively, "script kiddies".

If you 'crack' a piece of software and then distribute that crack to others, then it is.

I know what you're saying. The 'hacking' that you do is to expose flaws (for example) in programming so that the manufacturer/creator can correct those flaws so that the first type of hacker doesn't take control of systems, steal information etc.

well a "crack" in relation to software is a completely other thing really. The other part you describe is what, in Infosec circles, is called white-hat and black-hat hacking.

Crucially though, hacking doesn't have to relate to security, It may relate to me making computer X send something to computer y automatically every two days if condition x, y and z are fulfilled but not if condition 2 and 4 are valid whilst x is also valid. YOu will often hear people like me in an office say "it should be no trouble to hack it and get it to do that", or "yeah. I'll just hack something up".

Hack is a much wider term than one relating to solely to security.

Actually let me give you a better example of what I mean.

Hacking is doing something with a computer in a way the computer never intended for you to do.

Imagine you didn't want the "Start" button to pop up a menu in Windows but wanted it to play a sound. If you did that you'd be hacking the system.

Surely the license for the program covers something like hacking as you describe?

Well actually in relation to Windows, probably not. The task bar is now available for customisation and skinning and has been for some time.

Certainly in terms of compiled software it's true, but in order to make such a change you'd need to decompile it and then reverse engineer it amnyway. The question is whether you then publicised that outward.

The real problemI hqave is that people talk about "hackers" and they're not hackers, they're arroagnt little kids who don't understand what they're doing half the time. Do a bit of googling and you'll be bale to find a number of tools that will help you bruteforce you're way into systems. That annoys the hell out of me personally.

Well put Dizzy, I often get annoyed with the way the media misrepresents hacking. I would however add that crackers and script-kiddies represent two different groups within the wider cracking community. The former, whilst acting illegally, generally possess a high level of skill and are able to write their own programs etc for cracking, the latter however possess little skill and use the programs written by the crackers to access systems (i.e. they run scripts).