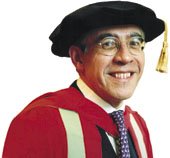 The Government wants to make the "Salisbury Convention" (where peers do not vote against a government manifesto commitment) a formal codified agreement. Straw has said that the "case for codification is to pin down what the conventions are"

This is yet another example of the what really winds me up about New Labour. Sometimes I wonder if they really understand the complex nature of the constitutional settlement between the two chambers, but then I remember that were they able, they'd probably scrap bicameralism altogether.

The biggest problem I have with this move is how no one seems to mention that by codifying a convention it becomes statute. What's more worrying though is that by turning the Salisbury Convention into statute it creates far greater imbalance of power between the two chambers than currently exists.

The whole point of conventions is they're predicated on understanding of oughts. This provides flexibility in the balance of power between the two chambers when issues of legislative and constitutional significance occur. It's what Locke called "checks and balance" I think. However, when you codify convention into statute you predicate them on the is, making them matters of certainty. It allows you to consolidate power in a chosen direction.

I think there's a wider practical point though. As with so many New Labour policies, this one is about creating new laws and rules where there already exists a perfectly satsifactory one. The Parliament Act is designed precisely to resolve those issues where the two chambers clash. It can be, and has been, used to enforce the Salisbury Convention (see Fox Hunting).

This begs the question, why are they so obsessed with unnecessary constitutional meddling?
Posted by dizzy at 6/13/2006 09:52:00 pm

If it were formalised it would be very easy for a government to force through any bill they wished, because manifestos don't contain the exact bills which the government will present in their entire form.

You get no argument from me on that one.