Gazprom dips it's foot in Britain 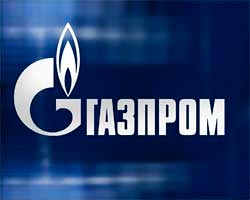 According to reports, the Russian state gas monopoly has got itself into the British market with the purchase of Pennine Natural Gas, a privately owned supplier in Cheshire. Back in April I wrote about my fears of Gazprom entering the UK market. At the time there was talk of them taking over British Gas's parent company Centrica. That reamins a very real possibility.

If you beleive the apologists, Gazprom is a benign force like all the other huge corporations out there in the world. The problem though is that is simply not true. Gazprom is owned by the Russian state and exists thanks a bizaree form of capitalism defined within old school soviet-style political control from the Kremlin. Gazprom is not simply a market player, it's a major political player too. Russia has made it very clear that its not afraid to use Gazprom as a weapon to harm other states that do not bend to it's will (see Ukraine).

Putin is the former head of the KGB, and many people Russia are saying it's as bad as the old days. The FSB, the successor of the KGB, is bugging everywhere and many never know when the knock on the door will come. Just take Channel 4's report on Gazprom TV last night (yes the company has its own tv station).

When a producer on Gazprom TV was asked why the company needed a TV station she said, and I paraphrase, "Gazprom TV has been running for 15 years, no one's ever asked why it exists and there is no need to answer that question as it's obviously fit for purpose". As the woman went on you could replace the word "Gazprom" with "the Party" and it all sounded eerily familiar.

The saddest thing about all this is that thanks to a small group of crazy bastards flying some planes in to some building in 2001, no one seems to worry too much about Russia anymore. Our foreign policy complacency has resulted in Russia being able to leverage more real power than they ever could on Western Europe. We should not be fooled by a bear in sheeps clothing.
Posted by dizzy at 6/23/2006 05:58:00 am

Gazprom is an extension of the Russian government, there is no doubt.

If we don't allow Russian energy companies to buy UK based assets, why would that make Gazprom and the Russians more cooperative? If they have a stake in our market and make good money from coming to the UK, that would tend to secure our gas supplies, I would think.

They might cut off supplies as they did to Ukraine, but that was only temporary and there was a need to raise the price from a ludicrously low level. It is still far lower than market levels we pay.

The Georgians are a better example of Russian ruthlessness. Putin cut off their gas in the middle of winter, and now he is banning wine and other Georgian exports. Their economy and life expectancy is crashing through the floor.

The problem might be if Russians try using unwarranted business methods which are everyday occurrences in Russia on us. Or if they become a supporter of evil regimes against the West.

By and large the adage 'stay by your friends, but keep your enemies closer' is the right one. Let them buy UK assets.

The more they join the western economies, the more embarrassing we could make them feel about the barbarities they exercise against people like the Georgians. Engage with Russia. Only then can we influence her. Money talks as they say...especially in Russia.