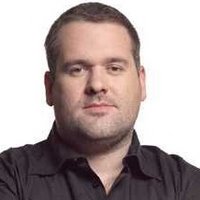 The Liberal Democrat MP and Spokeswoman for Women and Equality, Lorley Burt has tabled an Early Day Motion expressing "concern that the word `gay' has been used by Radio One presenter Chris Moyles to refer to something `lame or rubbish' on air"

Besides the fact that this happened nearly three weeks ago, is the EDM really worth it? When the incident happened I spoke to a gay colleague of mine and his reaction was very much that he didn't particularly care. At the time the BBC argued that the word "gay" had morphed in it's usage and that justified Moyles' usage. I can understand that I think, I've been known at time to say "arrgghh this computer is so gay!" and I didn't do it with the notion that I was being homophobic. Sure, I guess someone could say that there are undertones, but no one complains when I see something strange and call it queer (do they?)

The best letter I saw about this in the papers was - according to the author at least - from a gay man who said the people which appeared to be most outraged by Moyles' comment were people who such a term wasn't aimed at anyway i.e. politically correct straight people. My colleague agreed with that point too.

'Lorely' - what kind of spastic name is that? It makes her surname look quite sensible by comparison.. It gives no clue as to whether we're dealing with a man or a woman - so obviously it's perfect for a f***ing stupid Liberal Democrat.

Is she some kind of mad lesbo herself? Why can't these people just fuck off and die. They'd be much happier, and so would the rest of us.

Can EDM's be refused on the grounds that they are ridiculous and insult one's intelligence?

I was almost sued once by a group called The Specials because I said they incited the crowd during a concert where there was a spot of bother. They were actually convicted of this by magistrates(so I didn't get locked up, fortunately). My point is that unless a comment genuinely causes gross offence in a way to incite racial hatred or ridicule or will harm the way a person is viewed by society, then forget it. We've all been called names at some stage, we have lived with it.

ahh Terry Hales! I have two Specials albums, I think I need to go listen to them again now.

Gay is now a commonly used word to mean rubbish or bad. Everyone now uses it.

They should leave Moyles alone. He is actually very funny and if people dont like it then they should take the hint and start listening to radio 2!

The term gay morphed many years ago from a friendly term to a derogatory one against homosexuals. Then homosexuals became desensitised, it lost it's bite and became accepted.

I'm concerned that people have started using it to mean "rubbish" and "bad", reverting to the derogatory stance again. That all seems a little retarded to me. It's like people saying they've had a "blonde moment" to mean that they've been stupid. Haven't we passed the age of name-calling and stereotyping by now ?

Anyway, I'm sure the heaving majority wouldn't actually be offended by either of these terms; they're intelligent enough to realise that the people who use them in a derogatory sense should be patted on the head and not be allowed to play with matches.

Many people say the same thing about the use of the word "retarded". Not me obviously.