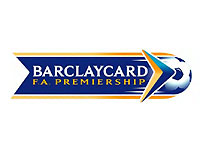 The EU is making a move to takeover and control not just the Premiership, but also have overruling power over every national Football Association. The aim is to enable the European Commission to "direct the sport" at a pan-European level.

The genesis of this insane idea stemmed from a recent meeting of MEPs called "Professional Football – Market or Society?". I shan't bore you with all that they said, the summary is pretty simple. The football market must comply with the EU internal market rules (no one seems to realise it's a global market), and the sport should be used by politicians for socially engineering EU intergation. The good news is that UEFA think's it's a stupid idea.

As most fans know, when politics and football gets mixed it's horrible. Can you honestly think of anything worse than some EU bureaucrat being able to overrule the FA, UEFA and even FIFA in pursuit of some insane pan-European integrationist objective? As much as I distrust Labour, Blair is supposed to be a football fan so hopefully he will do the right thing for once. I just hope he doesn't take the same view as Kevin Mitchell at the Observer who seems to think that football needs saving and the only people who can achieve it are politicians.

Football doesn't need politicians (EU or otherwise) interfering in it. The sport is already a pretty successful self-regulator. Government has no place in the beautiful game.
Posted by dizzy at 5/21/2006 09:06:00 am

Control the masses with Circuses. Behold the new Rome.